The Guns of Cabo Tiñoso 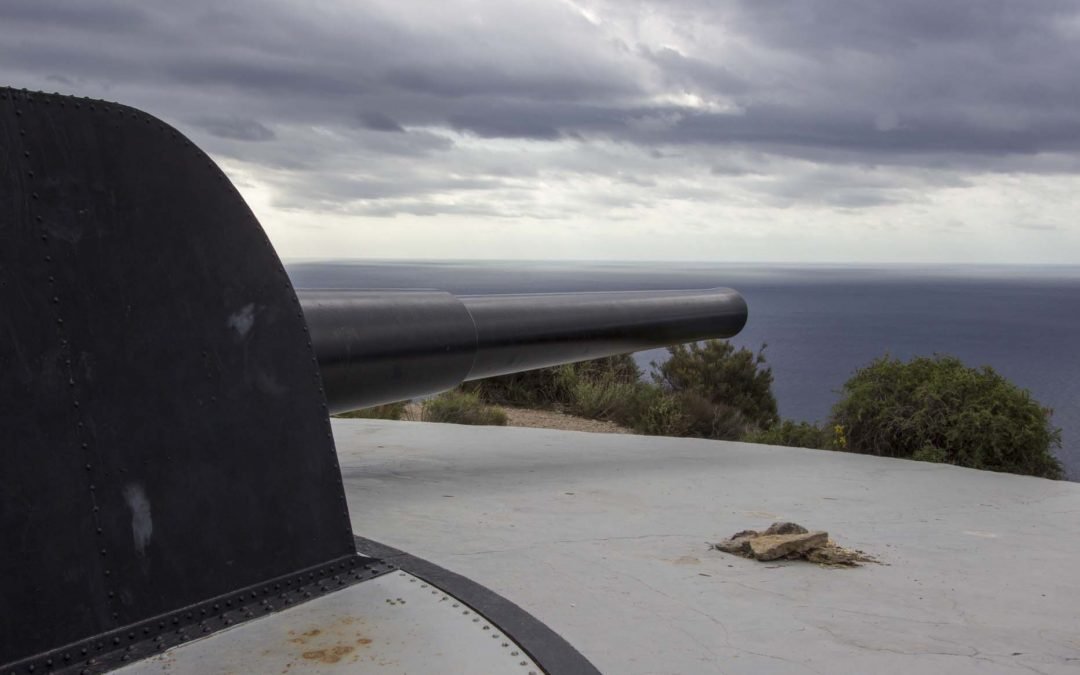 The guns of Cabo Tiñoso are a fascinating place to visit. It doesn’t matter if you are ex-military, reliving childhood dreams of soldiering, or just an admirer of architecture and landscapes, you are bound to enjoy a trip to this spot located halfway between Cartagena and Mazarrón. The narrow RM-E23 road winds its way up from the E-22 through spectacular scenery. Take care though, as vehicles descending may not go as slowly as you may wish them to! 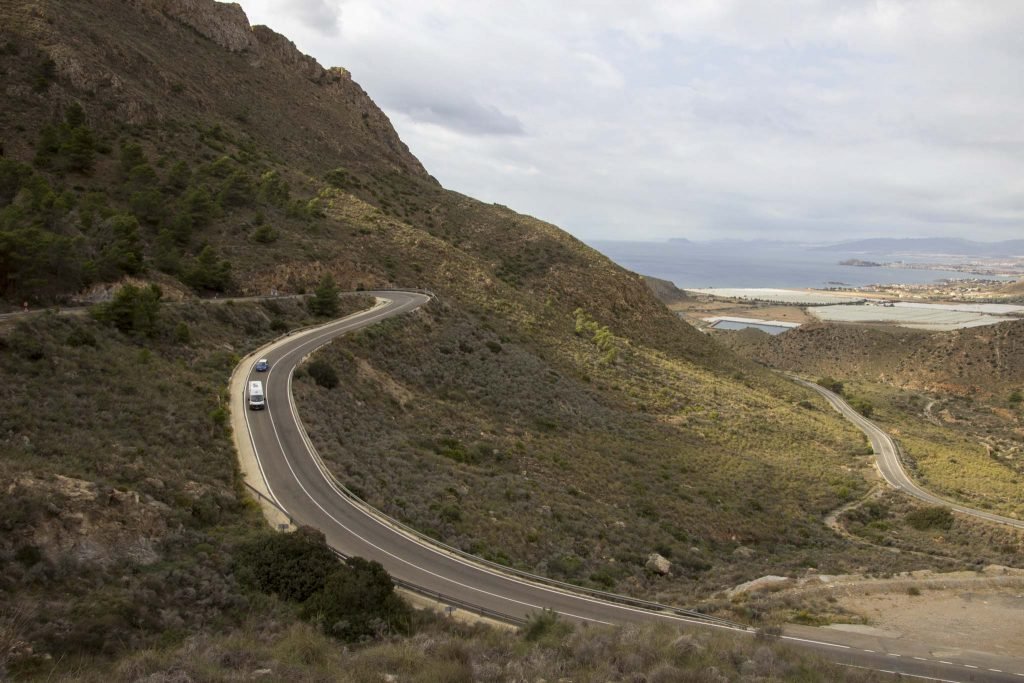 The sinuous road ends abruptly just before a fence restricts vehicular access to the Castillitos Battery. There’s plenty of parking space with extra room down a track leading to an abandoned water cistern. The official car park is pristine because it’s impossible to get a vehicle onto the track leading up to it! From the cistern you get a great view across the bay to Cartagena, and a good look at the Batteries you are about to visit. Many of the buildings were restored in 2016 but there are still crumbling remains hiding behind the Greek-inspired facades. 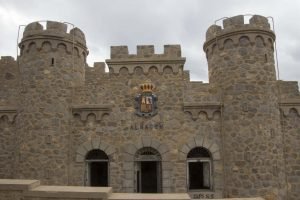 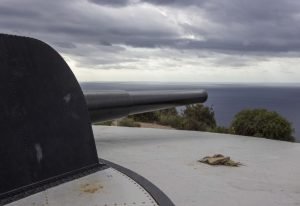 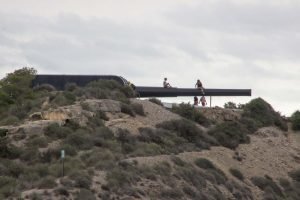 Many people only make it as far as the Castillitos Battery. That’s not surprising as it’s an easy walk down from the car park. Take a torch to explore the dark tunnels, or just admire the facades of this castle-like structure. Make sure you climb up to where the big guns are located. Many people have decided they make a great location for selfies! It’s interesting to explore the old buildings though. A guide for their lookouts was painted on some of the walls so you can see the outline of British, French and American warships from around the time of the Spanish Civil War. 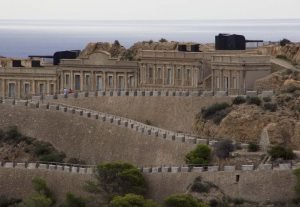 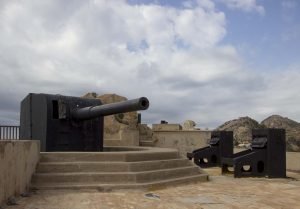 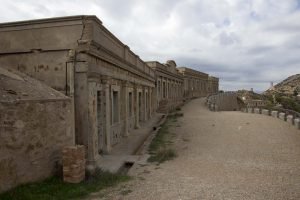 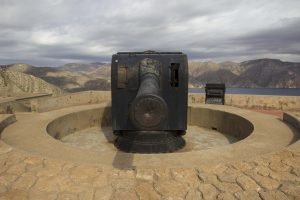 Venture further along Cabo Tiñoso and you’ll reach the Jorel Battery. According to the official information boards, this was constructed in 1912, although other sources suggest it is perhaps at least ten years younger. It continued to be actively used until 1993. The guns here were symbolically fired for one last time on 10 March 1992. The buildings had a beautiful Greek facade and there are plenty of nooks and crannies to explore. Needless to say, the views are fabulous in all directions. 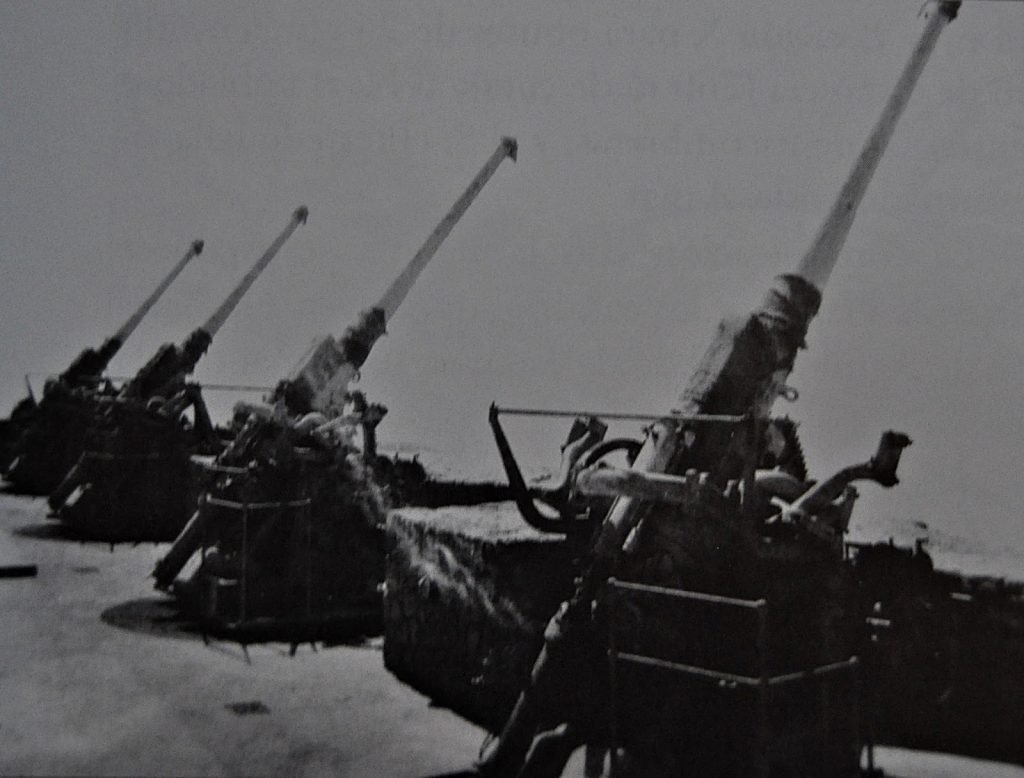 High above the car park stands the Atalayón Battery, accessible by a steep track. Few visitors brave the climb to the place which once housed four anti-aircraft cannons. Construction began in April 1930 and took a full 18 months to complete. 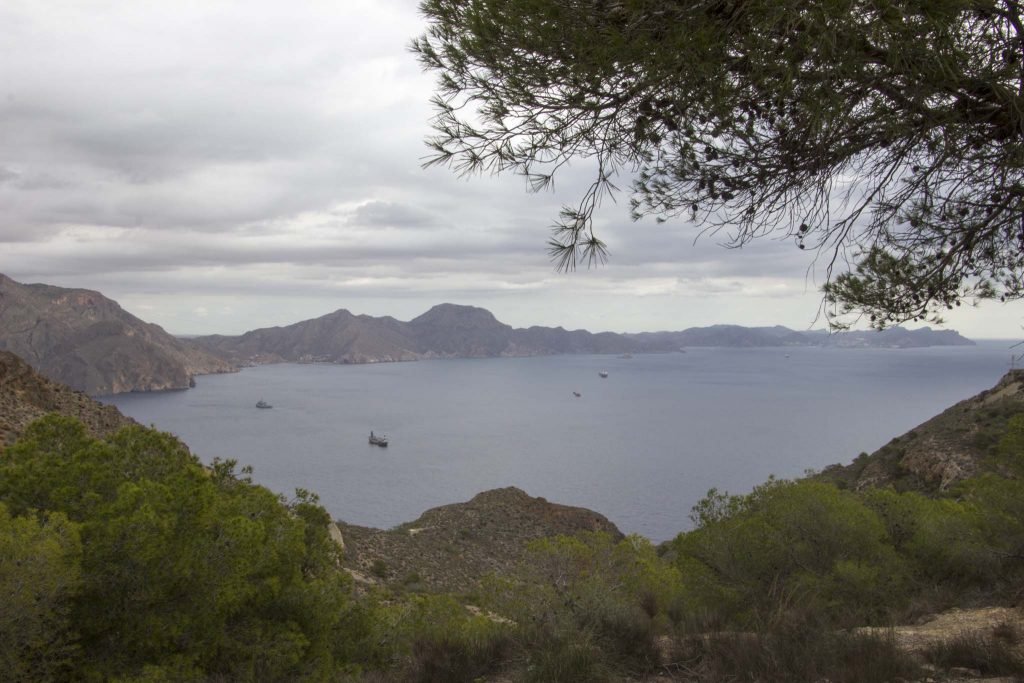 If you visit, please let us know what you thought. Further information (in Spanish only) and a whole load of pictures are available on the Baterías Costa Cartagena blog. If you are looking for more things to do around Cartagena, why not buy the Cartagena ebook.