Águilas – something for everyone 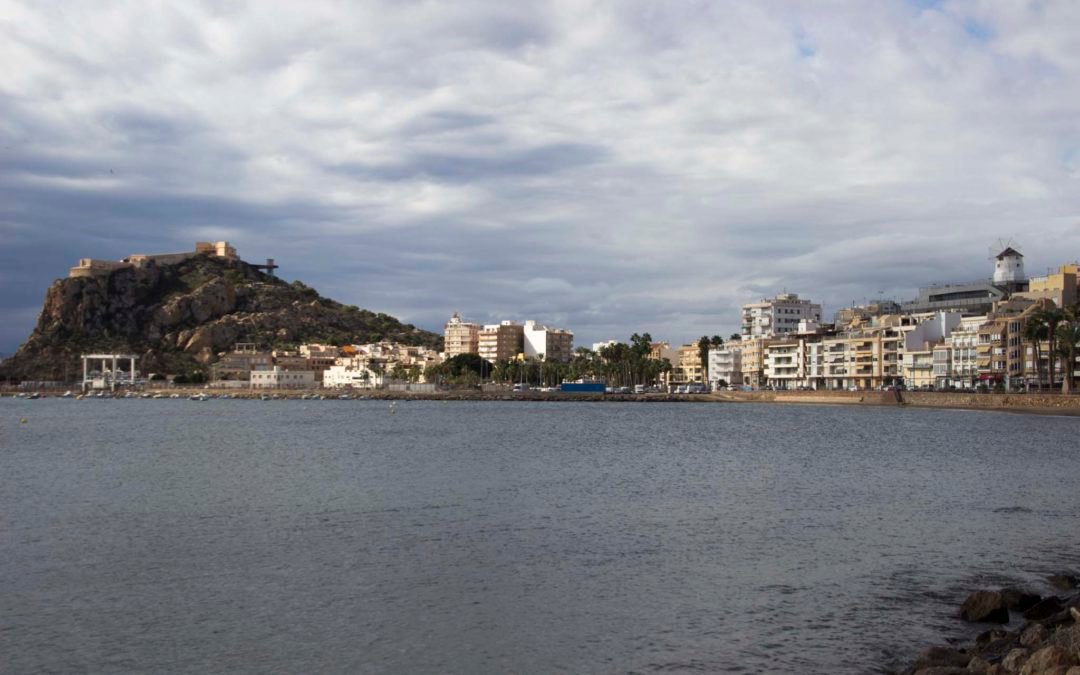 Águilas truly is a town with something for everyone. During the summer months there’s obviously the warm sands of the beach and the beautiful waters of the Mediterranean, but those glorious elements are just not enough for some people! Here’s why a trip to Águilas should be on everyone’s list. The most recent opening times can be found at Águilas Today, an excellent website overflowing with more information.

Dominating the skyline above Águilas is the castle of San Juan. The current incarnation was constructed in the 16th century to defend against pirate attacks, but archaeological remains suggest there was a castle on the site as early as 713AD. It’s quite a trek to get to the top but well worth it for the views. Don’t worry too much if you think the climb up there is going to be too strenuous as there is a lift! Various exhibits tell the story of the cannon batteries, the ammunition depot and the artillery terrace. Entry costs just €2 but be aware that it is closed on Mondays.

Tucked away underneath the railway station in Águilas is a veritable cornucopia of railway heritage and memorabilia. It may be a small museum but it is packed to the rafters with photos, models and everything to keep a train enthusiast occupied for a couple of hours. For the less enthusiastic an hour will probably suffice but it only costs a Euro and is open every day of the week. There is also an old steam locomotive standing proud over the road from the tourist information office as a monument to the railways.

If you walk from the train station away from the town you can eventually follow the disused tracks all the way to the sea. This is where you can find the impressive Embarcadero de Hornillo which extends out over the water. This is where minerals from nearby mines were brought to the shore to be loaded onto waiting boats. It’s a prime example of the region’s industrial heritage and is fascinating to see even if you can’t get into the museum and visitor centre located in the lower tunnels. Contact the tourist office to find out when the museum is open as this changes throughout the year. During the summer months of July and August it appears to be open on a daily basis now.

CIMAR is the Centro Interpretación del Mar in Águilas. It also houses the local aquarium and a fine collection of tanks containing colourful tropical fish. Free to enter, it provides a fascinating insight into the town’s maritime history with various exhibits on view in the old fishing boat which dominates the shape of the building. The murals outside are pretty cool too.

Football fans really should head to the local team’s museum. Inside there is a treasure trove of football stories and memorabilia from throughout the long history of Aguilas CF. The story behind the replica European Cup on display is particularly fascinating. In 1997 the museum was visited by Lorenzo Sanz, then president of Real Madrid, for its grand opening. He made a promise that were Real ever to win the European Cup again, the Aguilas museum could have the replica. Sure enough, they were crowned European champions again that season after a long wait of 32 years. He stayed true to his word and the trophy sits proudly at the museum’s entrance.

A sports trivia question for you then. What is the oldest football stadium in Spain? Well, Aguilas CF claim to hold that record, but then so do Sporting Gijon. Aguilas’ El Rubial stadium, located just down the road from the museum, was constructed in 1913. There is, however, some debate as to the accuracy of this. Some reports say it was built in 1908 and holds the record ahead of Sporting Gijon’s El Molinón. Let’s not split hairs. The museum proudly displays a picture of the ground proclaiming it the oldest in Spain!!

Set just above the promenade you can explore the old fisherman’s quarter. Several of the stairways have been beautifully painted with murals but getting the right angle to see them properly can be a challenge. Look out for signs pointing you towards Molino Sagrera. Once you get to the top, you will not be disappointed.

An old windmill has been fully restored and inside there is a very good visitor centre. In there you can learn all about how the air used to hum to the tune of turning windmills. Looking out over the town you can see at least one more windmill on the panoramic landscape.

A fascinating corner of Águilas is Rincon del Hornillo. Tucked out of the way, this hidden gem is reminiscent of work by Gaudi. It’s all the work of Juan Martinez Casuco though, who spent 12 years creating this masterpiece. You’ll be mesmerised just walking up and down the steps. There are benches to rest on and plenty of unusual architectural pieces to enjoy.

All of the locations above can easily be found on Google Maps, linked below. Enjoy your trip to Águilas and let us know what you thought in the comments at the foot of this post.

If you enjoyed this post, you may also want to think about visiting Mazarron which is not too far away.