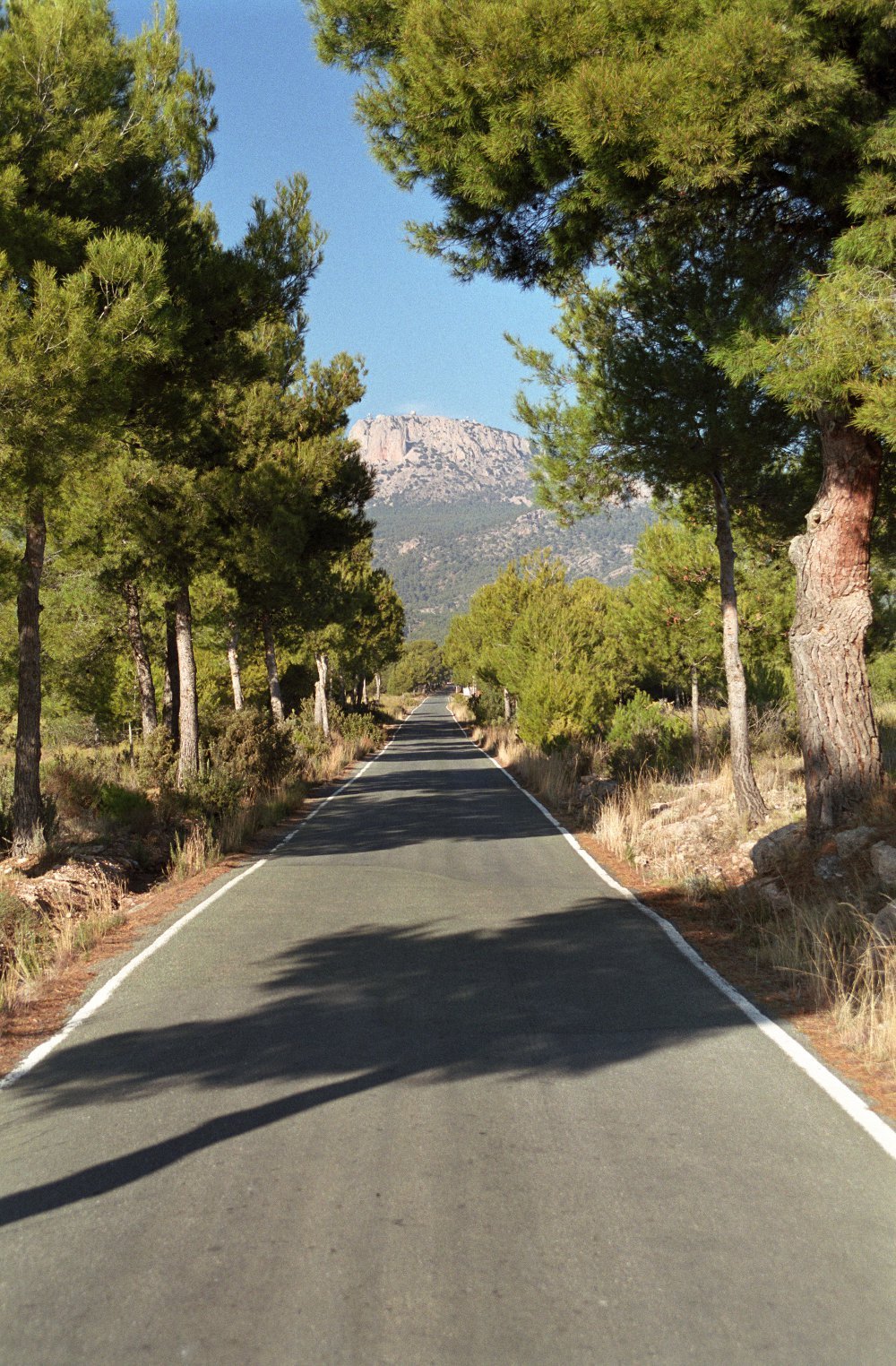 The Sierra Espuña is a Parque Regional, which is right in the centre of the Murcia region, between the rivers Pliego and Guadalentín. It is actually an artificially planted forestry project which was started in 1891 to combat the deforestation which resulted in erosion and flash floods. The park contains some of the higher peaks in Murcia, including the Espuña mountain (1585m), Pedro López (1566m) and Morrón Chico (1446m).

There are a couple of information centres in the park itself: Puerta Espuña and Las Alquerras. The park contains a number of different varieties of pine trees and many different types of wildlife including Montpellier snakes, butterflies and Barbary sheep. 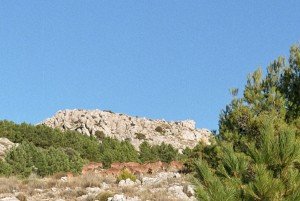 Can you spot the Barbary Sheep?

While driving to the top of the Sierra Espuña on a bright January afternoon, we were shocked to see before us in the road a beautiful Barbary sheep staring at us, resplendent with long antlers. We stopped and watched it run into the undergrowth where it joined a family of about 30. Later that same trip we spotted the entire family grazing on the hillside.

It’s usual to get to the park by car, from Alhama or Totana (the more adventurous can walk or go by bike from these towns). There are a vast variety of walks and cycle routes through the park which are best described in the book Descubrir Sierra Espuña (from Natursport, 609 623061, www.natursport.com, this book can also be bought from the main bookshops in Murcia).

Other towns in this area are Aledo, Mula and Pliego.

Walking and cycling in the vast park area is becoming increasingly popular. It’s a good idea to let someone know where you’re going and when to expect you back as it is easy to become enveloped in the pine trees and lose your way. Wear appropriate clothing, take some food and water, expect the weather to change and take a good map. For more information visit: www.sierraespuna.com. 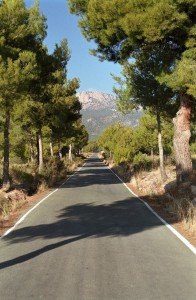 The Visitor Centre, Centro de Visitantes Ricardo Codorníu, is an old Ricardo Codorniú mansion located in the heart of the Espuña, where you can learn about the Regional Park. The Center has a reception area, an audiovisual room and Conference Training Room and Lab.

Ricardo Codorníu y Stárico was a forestry engineer and advocate of the cause of forestry. He carried out numerous projects among which the reforestation of the Sierra de Espuña was just one. A generous man, a pioneer in the conservation of trees and birds, Ricardo Codorníu, known as the Apostle of the Tree, devoted his life to the dissemination and teaching of the forest environment through conferences and publications. He was also one of those responsible for the introduction of Esperanto in Spain, a project to create a common language for all mankind, founding the Esperanto Society of Murcia in 1902.

Next to the Interpretation Centre is the area known as Espuña Huerta. This is one of the most historic places in the park, since it was the hub of recruitment led by Ricardo Codorniú, here he performed the first experiments on crops to study the viability of the plants in this environment, which subsequently he used for reforestation.

At the end of the sixteenth century the first wells to store snow, pozos de la nieve, were built. During 125 years 25 of these snow stores were built, which could store up to 25,000 metric tons of ice. Look out for these ice domes on your travels. 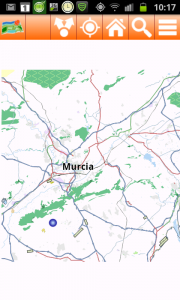 Use your mappa Map for driving around the Sierra Espuña

The Gebas ravines are one of the most spectacular natural features in the area. This is a desert-like space, like a moonscape or bad-lands, which consists of gullies and canyons. With 2,271 hectares, it is divided between the municipalities of Alhama de Murcia and Librilla. To see this wonderful landscape descend on the eastern side of the mountain to the town of Gebas, where there is a viewpoint. Some useful websites www.espunaturistica.net, www.ecoespuna.com.

If you fancy a spot of potholing then Pliego is the place to go. There’s the Cueva Santa Bárbara with a distance of 107 meters and a height of 15 meters; Sima del Lames with a distance of 150 meters and a drop of 25 meters and Sima de la Higuera, the most important cave in the municipality, 5,500 meters long and with a height of 154 meters this is the largest cave in the Region of Murcia. To enjoy the caves contact the Club Pliego Espuña, 628-041478, who are responsible for regulating access.

Don’t get lost when you’re visiting, use the Murcia mappa Map for your smartphone.