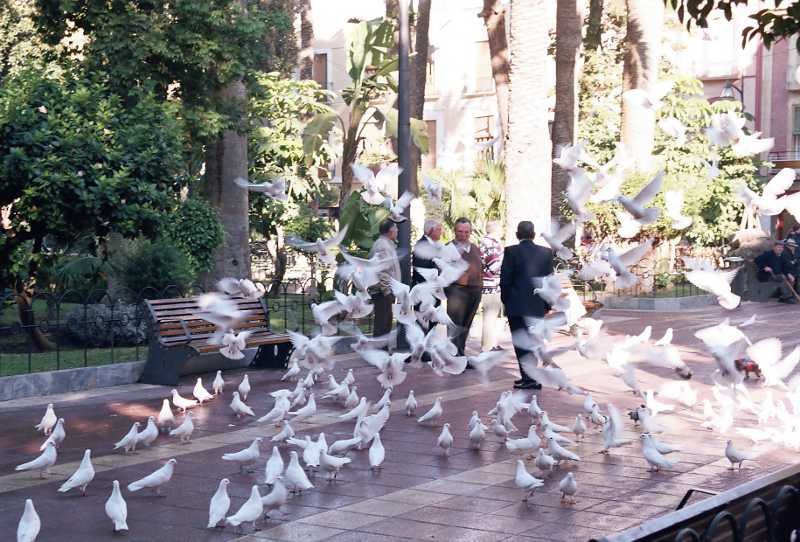 Regardless of the origins, these languages have a musical lilt that people around the globe are naturally drawn to. Their countries of origin are favored travel destinations and can provide tourists with a taste of their culture.

Here are the best romance language countries to visit for an incredible cultural experience.

Spain is a deceptively large country, where many dialects of Spanish are spoken. What many visitors find surprising is that Spanish isn’t the only predominate language in Spain. Many parts of the country are still heavily influenced by Moorish culture, and the Arabic languages also have an essential role in these regions.

While there are many marvelous cities in Spain– Madrid, Seville, and Barcelona, to name a few– getting off the beaten path is the best way to immerse yourself in the culture. Visit the small towns throughout the country or venture into the wild and see animals that exist nowhere else on Earth.

Spain is an easy country to get around, despite the distance between major tourist hotspots. Hop one of the high speed trains to get from one side of the country to the other, or take advantage of one of forty domestic airports to get you where you need to go.

Italian is one of the well-known romantic languages, which has various dialects depending on the region you visit. From the words spoken in beautiful Tuscany homes to exchanges shared in Sicilian streets, wherever you travel in this gorgeous country, the music of romantic languages will fill your ears.

While in Italy, take some time to tour the magnificent Tuscan countryside, sipping Chianti and viewing the leaning tower of Pisa before heading to Florence to explore the most exquisite art of the Renaissance era. Head to Milan to shop in the fashion capital of the world, and Rome to see ancient marvels of a forgotten world.

Don’t forget to get off the mainland and explore some of the incredible islands off the coast. The Isle of Capri in the Bay of Naples is home to the otherworldly Blue Grotto, where the sea glows electric blue in the darkness of a secret cavern. Venice, the floating city, is one of the most romantic places on Earth. Hop in a gondola, watch the sunset, and experience roads of water without cars.

Portugal is an innovative country that offers the best of the old world with new, fresh experiences. With a renewed focus on improving its tourism industry in recent years, Portugal is a fantastic place to explore for those who want something a little different.

Brush up on your Portuguese, and head to Madeira. This island is the perfect destination for exploring the outdoors and catching some sun. With stunning beaches and incredible parties, Madeira is just a taste of what Portugal has to offer.

Lisbon is the capital of Portugal and often the first stopping point for tourists. Lisbon is ideal for tourists who prefer the budget approach to travel, rather than the luxury experience. Despite being a bustling tourist destination, prices in Lisbon are perfectly reasonable for budget travelers.

For an authentic Portuguese experience that’s entirely off the map, head to Monsanto. This rural, mountaintop village looks like a settlement from a fantasy novel, as it’s buildings are built to incorporate the massive boulders of the area. In Monsanto, you’ll experience sweeping vistas from houses that have been constructed under or sandwiched between giant rocks in a whimsical, fairytale-like town.

When most people picture France, they immediately envision the Eiffel Tower. This romance language country offers so much more than just Paris, though the capital has plenty to offer as well. Plan on spending a few days touring Paris, visiting the typical tourist spots like the Eiffel Tower, the Arc Du Triomphe, the remains of the Notre Dame Cathedral, and The Louvre before moving on.

After leaving Paris, head to Normandy and pay your respects to those who lost their lives in the war. You can also visit the floating palace of Mont Saint Michel, a fairytale castle off the coast. Plan on venturing to Nice to take in the beaches and Lyon to immerse yourself in the culture.

While the Romance languages may have gotten their title through a bit of a misnomer, the fact remains that they stem from some of the most romantic regions on Earth. Pack your bags and show your love for these amazing cultures.