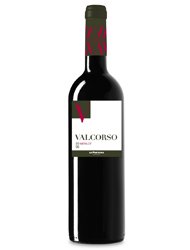 Findings from archaeological excavations in the area have confirmed that grape growing and wine production has been practiced in this area for over two thousand years and was probably introduced by the ancient Romans. There was a period of expansion at the end of the 19th century when French wine merchants became involved in the region due to the effects of the phylloxera plague in France. Official DO status was acquired in 1975.

The vineyards are planted at an altitude of between 400 and 800 meters above sea level, in calcareous soils. Wine DO Yecla is divided into 2 major parts, Yecla Campo Arriba and Yecla Campo Abajo, which combined comprise 6,500 hectares of vineyard for red wine varieties Monastrell, Garnacha, Tempranillo, Merlot, Cabernet Sauvignon and Syrah. And for white wines Airen, Meseguera, Macabeo and Malvasia.

On Carretera Pinoso, 968 751257 www.bodegaslapurisima.com, this bodega has been producing wine since 1946. They produce a variety of wines including some bag in box table wines, Valcorso from 100% Merlot and organic wines. They have a shop on site, open from Monday to Saturday all year round at the following times: mornings from 09:00 to 13:30, afternoons from 16:00 to 13:30, Saturdays from 09:00 to 13:00. Their wines have won plenty of awards over the years.

Bodegas Castaño, Carretera Fuente Álamo, 3, 968 791115, www.bodegascastano.com. A family run and owned winery, started in 1950, with 450 hectares of grapes. They have their Dominio Espinal in white, rose and red and one of our favourites the Hécula. Their Castaño Macabeo Chardonnay is rather nice, and I get through a few bottle of this per year!  If you want to visit them they will organise a walk in the vineyard and tours in the winery showing the different stages in winemaking. You will also be able to taste the best wines produced in Bodegas Castaño and if you want you can also enjoy the typical home-made dishes in their dining room.

Bodegas Antonio Candela, Avenida de la Paz, 58, 968 790281, www.bodegasantoniocandela.com, along with their tasting room they have a restaurant and a private dining room available. Their most well known wine is the Barahonda, in red, white and rose, as well as a crianza and roble variety. Take a look at Bodegas Señorio De Barahonda, Carretera Pinoso km3. Finca La Castañona, 968 718696, www.barahonda.com

Other Bodegas in Yecla 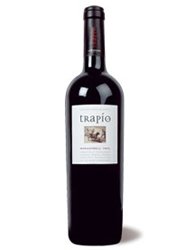 Bodegas Y Viñedos La Casa De Las Especias, Carretera de Yecla Fuente Álamo, km14, 968 751802, www.casadelasespecias.com. It gets its name from the spice trade which was run from here and has been the home to generations of wine makers.

For more about the wines of Yecla take a tour at www.yeclavino.com