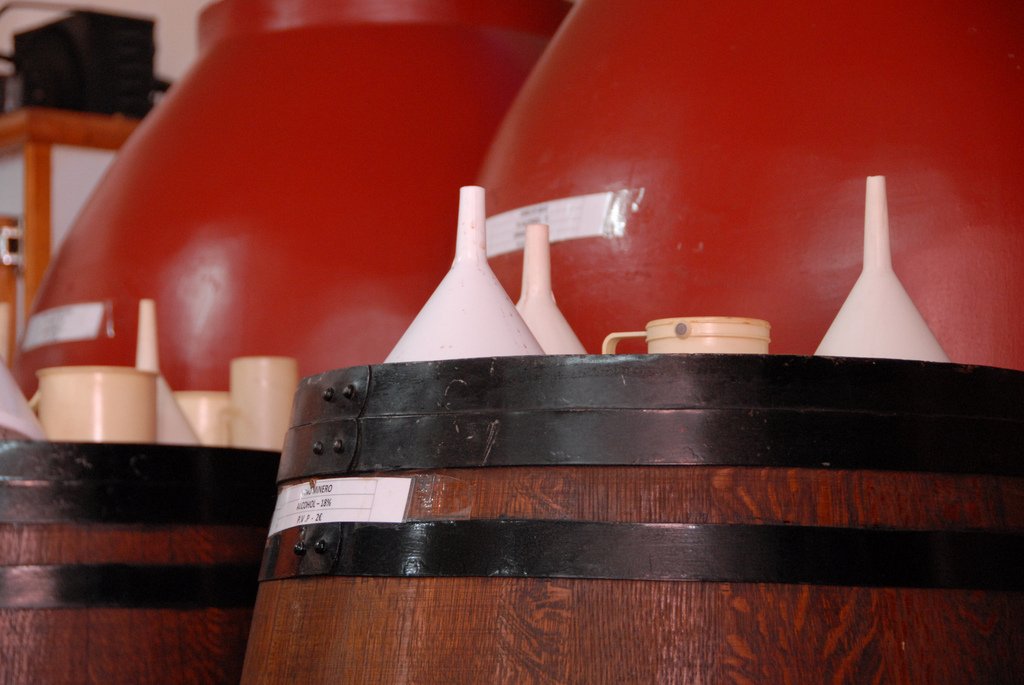 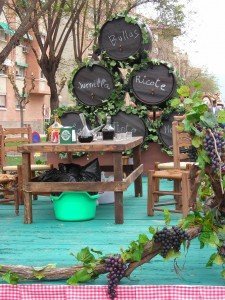 From the Region of Murcia

There are two classifications of Murcian wine: Vinos de la Tierra and in Murcia these are from Abanilla and Campo de Cartagena; and DOC, which implies that the wine only comes from a particular area, with a particular set of grapes and that the conditions of production are controlled.

The DOC (Denominación de Origen) wine region encompasses Jumilla, Bullas and Yecla. It gets incredibly hot here in the summer, which inevitably raises the sugar levels in the grapes. The higher the sugar levels the higher the alcohol content. For many years the wines of this region were strong and heavy and mainly exported to other regions for blending. However, cooperatives are persuading the growers to develop new ways of working that are producing some very drinkable and attractive wines.

In particular Jumilla wines are making an impact in the UK. The Jumilla DOC comes from a number of towns: Jumilla, Montealegre del Castillo, Albatana, Ontur, Hellín and Tobarra. They produce a number of varieties, the king of these being the Monastrell grape.

To the north of the Murcia region, there are many bodegas selling top quality reds, whites and rosados.

The north west of the region is an upcoming wine producing area supported by the European Vinest Project. The wine is produced in the towns of Mula, Calasparra, Ricote, Caravaca, Cehegín, Moratalla, Lorca and Bullas itself.

In the far north east of the region, neighbouring Jumilla, the Yecla wines are only produced in the local region around the town itself and characterised by a more subtle balance between strength and acidity.

Wines from the Campo de Cartagena

Bodegas Serrano in the Finca La Cabaña (http://bodegasserrano.com/) 30 in Pozo Estrecho, 968 556298 is worth a visit. The owners are Manuel Martínez Meroño and his wife Carmen Inglés Inglés. Sampling these wines is quite an experience. The wine doesn’t have its DO, however, there are some lovely reds and rosados, quite subtle.

We adore the Carrascalejo (www.carrascalejo.com/) wine. Carrascalejo produce some bright rosados, which seem to go well with any meal. They are light and fruity with strawberry and raspberry flavours. Their Tinto Crianza is a great upmarket wine, costing a shocking €4 per bottle when bought at the Bodega (about €5 in the supermarkets), which goes very well with stronger meats and cheeses.

From Jumilla we frequently (too frequently if you ask my husband!) buy from the Casa de la Ermita bodega (www.casadelaermita.com). Enjoy a lovely day out in the Jumilla countryside and book a visit to this bodega and sample some lovely reds and a very good white. My favourite is the Casa de la Ermita Petit Verdot, if you were wondering! They also do some really good sweet pudding wines.

From Casa Bernal (www.casabernal.com) Casa Bernal on Calle Mayor, 90, in El Palmar, 68 884304, you can get a fantastic yearly list of their top 12 Wines (Taberna De Los 12 Vinos). All wines are selected for their interest and quality, and if you like wine, these are a good place to start. This is also the name of their excellent restaurant, which is surprisingly quiet.

Also, your local shops, butchers and supermarkets will probably sell plastic bottles of locally produced wines which are often very good value and not too bad.

Here are some more articles on wine in the Murcia region: