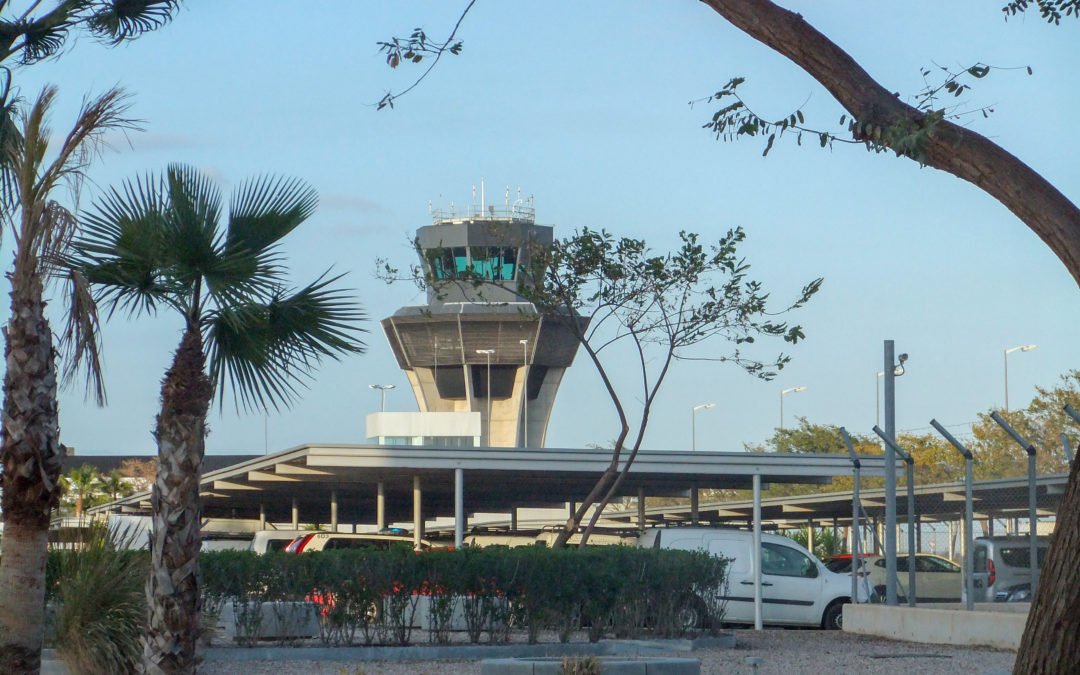 Getting there is quite easy if you have your own transport. The RM19 goes from the Mar Menor area and the A30 runs from both Murcia city and Alicante. The signposts do exist but you have to look carefully as not all of the airport signs are in bright yellow. From personal experience I can also tell you that the RM19 is NOT signposted if you are trying to get back towards Torrevieja! Instead look for the San Javier sign and you’ll be ok. Otherwise you’ll have to drive all round Murcia city like I did (at rush hour!!).

By bus it seems to be quite easy too with connections to Murcia, Cartagena, La Manga, Mar Menor, Águilas and Mazarrón. Murcia has a lot more buses than the other destinations, and it would appear to take around three hours to reach Torrevieja! Interbus have timetables online, and as the airport takes off (excuse the pun!) no doubt other lines will be created.

Car parking is easy as there is so much space at the moment. It’s reasonably priced too, but the machines to pay are craftily hidden near the rental offices as you cross the road outside the terminal. You can also use Aena’s app on your mobile. Long term parking is available nearby with companies like Plane Parking.

Not everyone has been full of praise so far, but it is early days. The airport has only Costa Coffee and WH Smith in the departures area. Once through security there is a duty free shop and a cafe. That’s it. Travellers have reported that there really is nothing to keep you entertained if your flight is delayed. Likewise there’s not a lot of distraction for those waiting to collect weary friends and relatives. There is a model of the airport and how it is supposed to look, but the planes waiting by air bridges appears to be something of a pipe dream. Reports suggests they do not exist and you will have to walk between the aircraft and the terminal for the foreseeable future.

So, after many years of waiting, the airport is finally open. Only time will tell if it will be successful. Once more outlets are open, the experience of travelling from Murcia International will surely improve quickly.