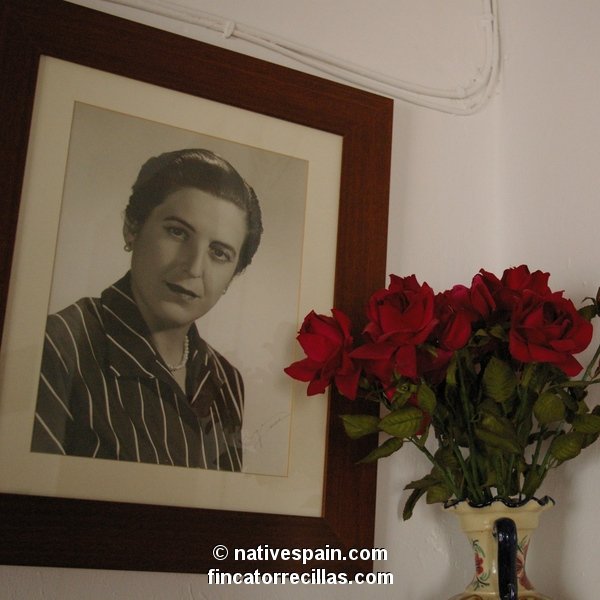 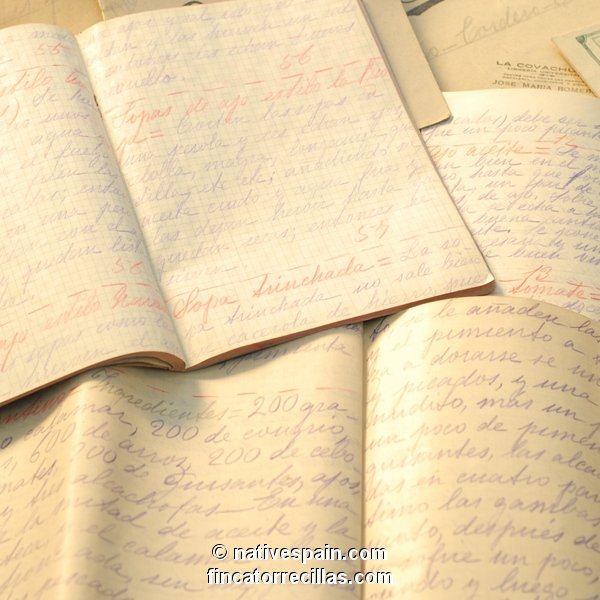 People have been asking me how we came to make a Spanish cookery book with recipes from the 1950s and earlier. The full story of the recipes is documented in the book, here’s how the making of the cookery book unfolded…

In July 2013 my friend Paco de Lara got in touch and invited me up to his farm for a chat.

Paco has 92 acres set just behind Corvera Golf Club here in Murcia. Over the last few years Paco has been restoring the farm buildings and the houses, and getting the land back into shape. During one of his excavations he found a pile of documents stored in the main house of the estate. There was a pile of disordered documents such as deeds, wills, diaries and business accounts that were very close to ending up in the bin. As he was moving the pile one of the books fell to the ground and opened at a recipe for courgettes stuffed with meat. Paco says: “It looked very tasty… and there were more. As I started to read them I found other recipes that sounded familiar. I thought to myself, ‘I’ve eaten many of these delicious meals here at the farm.’ There were many similar notebooks. I counted 10, then 20, 30, finally I found there were 72 notebooks all about cooking. I knew I should keep them safe.”

Paco’s Grandmother, María Luisa, explained that she had inherited her mother’s great passion – cooking – and had gathered knowledge from different people and traditions, mostly through word of mouth, and recorded it all in these notebooks. It was clear that he should keep them safe, so he stored them for another 3 years in an old barn. They almost disappeared back into oblivion, until the heavy rains fell in 2012. Leaks in the old barn caused Paco to move the books to a safe place in his home in the city, where they waited for another year.

In July 2013 Paco had a lightbulb moment: “These wonderful recipes could form the basis of the culinary arm for the newly restored Finca Torrecillas Eco Retreat.” He discussed the possibility with his team and contacted me to see if the recipes had a chance of being published… 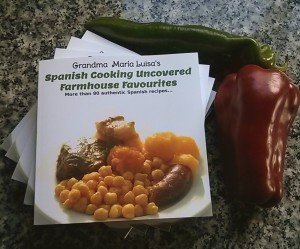 Get the book for more authentic Spanish recipes.