Look out for Carnaval in February. Traditionally starting forty days before the onset of Easter, Carnaval is a super time to visit the towns of the region and enjoy dancing, singing, eating and drinking!

When does Carnaval start? Usually Carnaval is celebrated during the two weeks before Lent. Lent in 2012 will start on Wednesday, the 22nd of February and will continue for 46 days until Saturday, the 7th of April. Lent begins on Ash Wednesday and finishes on Holy Saturday. The six Sundays in Lent are not counted among the forty days of lent because each Sunday represents a mini-Easter.

Lots of the towns in the Murcia region celebrate. The final day of celebrations is usually the biggest, with the main parade. Look on the town websites for full dates and itineraries. You can buy tickets if you need a seat, or just turn up and wander around.

Águilas – 11th – 25th February 2011 -In 1997 the Águilas Carnaval was declared a national tourist attraction. This is a celebration with a long history. Look out for the Los Mamarrachos (who hide behind masks) and La Mussona (half man / half bear representing the wilder side of humans). Also, make sure to enjoy the Cuerva, a traditional drink which will fortify you for the parades. www.carnavaldeaguilas.org 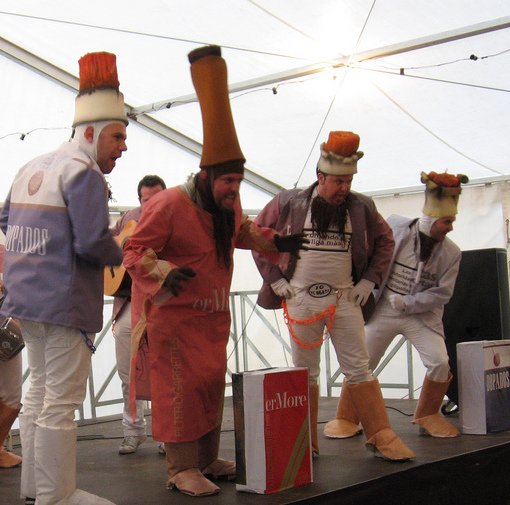 Cartagena – 11th – 21st February 2012 – The Carnaval season has traditionally enjoyed strong popular support in Cartagena especially in the second half of the 19th century, though it was cut short when celebrating Carnaval was banned at the end of the Spanish Civil War. Celebrations started again in 1981 after democracy was re-established, and they are currently among the most important events of local festivals. Celebrations include parades, dances, fancy dress contests and chirigotas (satirical song competitions) with an increasingly higher number of participants each year, locals and foreigners alike. www.carnavalcartagena.com or www.cartagena.es/carnaval

Santiago de la Ribera – 10th February – 26th February 2012 – Started in 1998 by housewives in the area, this is a relatively young carnival celebration, that works hard to impress. www.carnavaldelaribera.es