Visiting Cartagena? Take A Trip To The Canteras Area… 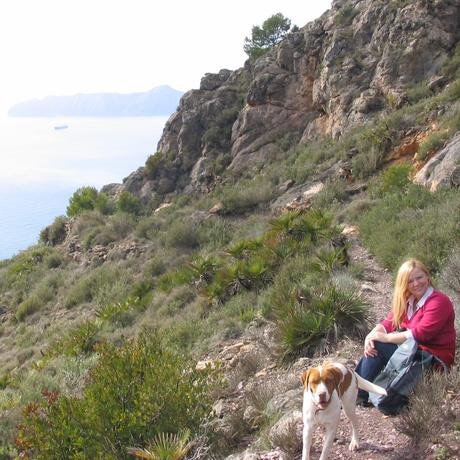 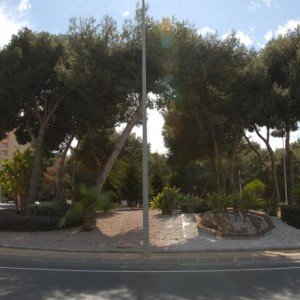 Canteras is a coastal town with its most notable destination the anti-aircraft battery located in the mountains, Batería De Roldán. You gain access by the road at Estación Naval de la Algameca, which is in very bad condition but worth as visit. However there are plenty of trails for walkers starting at Tentegorra, which is easier to access.

The Batería De Roldán anti-aircraft battery was set up to strengthen the naval base in Cartagena, emanating from the 1926 Defense Plan. It had a very active role during the Civil War (1936-39) and was finally deactivated in 1965. Currently within the grounds of the Ministry of Defence and is in total state of disrepair. It was declared a Cultural Heritage site.

On a beautiful May morning a couple of years ago we decided to take our dogs and our friend who was visiting on a bracing walk up a mountain. We drove down to Cartagena and through to the Tentegorra area (with the two large, almost Bauhaus, blocks of flats) and along the tree lined avenue to the parking place at the end of the road.

We passed the Hospital General Básico de la Defensa de Cartagena and watched very fit men and women running along the paved avenue under the blossoming trees with new shoots of spring. The walk started off gentle and relaxing up a slight incline, the dogs frolicked; we chatted and looked to the climb ahead. Idyllic!

Then bam! Bang, bang, bang! The sound of gunshots from all around us, we ducked, the dogs came running back with tails between their legs, our friend hid behind us! Were we under attack? Had we trespassed? What should we do? We paused and looked at the map noticing blocked out areas nearby and surmised that we were walking alongside some sort of shooting range. Possibly heavy artillery! 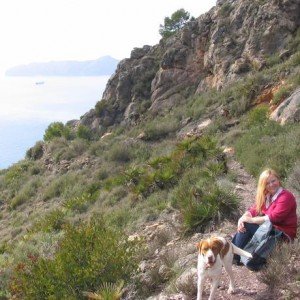 It took us a few minutes to be sure we weren’t going to get shot and to get used to the bangs and wallops, but a couple of kilometres later it was just a distant memory and we carried on up to the saddle to enjoy the view. The walk is on marked pathways, quite stony, through wooded areas, across open plains and along the cliff. Solid shoes are recommended and a walking stick if you prefer. Take plenty of water and some food; there are no bars up here.

The views from the summit are beautiful, you can see along the coast to other batteries and defence points such as Castillo San Julian, inland to the Castillo Atalaya and Castillo de Galeras, and out to sea to the Isla Paloma. Roldán Batería is perched on the summit of Mount Roldán, at 485 meters above sea level. Hardly a mountain, but a good strenuous walk all the same. The battery was built to defend the city of Cartagena, the port and military shipyard from attacks by sea and air. This battery was built in 1933 (Plan Primo de Rivera) and has been out of service since 1965. It had four anti-aircraft Vickers guns.

We had a thoroughly enjoyable day out, but were quite cautious on our return to avoid the shooting, but it had all stopped, perhaps they were having a siesta!

For more information on the defence systems around Cartagena take a look at: www.aforca.org/roldanf.htm

For more information on Cartagena get the Cartagena City Guide:

“This Cartagena City, Spain guide includes more than 100 points of interest personally researched and visited by the travel writers. Each point of interest has a photograph, location details, contact information, a frank review and exact geographical positioning, so you can find your way easily. MyNativeGuides are made by experts in the local area,who write unbiased, truthful, objective reviews of restaurants, bars, locations, events, points of interest, activities and places to visit. You can’t pay to be included in our guides, you just have to be great!”

If you prefer the Cartagena Guide app for your Android phone get it here: http://mynativeguide.com/portfolio/cartagena-android-guide/